Opuntia Ficus Indica:
The Opuntia belongs to the Cacctea family, which originates in Central America from where it was transferred to countries with tropic and sub-tropic climates, including Israel.
The uses of the Opuntia and its flower are numerous, depending on the specific country and its folklore. In Central America, the stems are used as an external treatment for the dysfunction of the liver, skin problems and inflammation of the eyes. As a liquid it is drunk for the treatment of dysentery, diarrhea, worms and certain problems of the digestive system. A decoction of the plant roots is used as medicine for diarrhea and gonorrhea.

In India, the infusion of dry Opuntia flowers is used to alert urination.

In many countries, different species of the Opuntia and its various parts are used in healing different and varied illnesses.

The Opuntia Flower has a high concentration of minerals such as: Potassium, Calcium, Magnesium, Iron and Zinc. The zinc is vital to the normal function of the prostate gland. The quantity of Zinc in the Opuntia Flower is 0.5 mg/100gr.
Among its other properties, Zinc was found to be highly absorbent of vitamins (mainly B-Complex). It is a component in about 25 different enzymes in the metabolism and it is one of the insulin components, essential in building the nuclear acids, etc.

With regards to the urinary system, it was found that the Opuntia Flower is especially effective in treating different phenomena of Benign Prostatic Hypertrophy (in males over the age of 45), such as high urgency and frequency in urinating, a feeling of the need to urinate, dribbling at the end of urination, and the urgency to urinate more than twice during the night.
As for women, it was found that the Opuntia Flower is very effective in treating phenomena such as the urgency and frequency in urinating, loss of control over the sphincters and recurring inflammation of the urinary system. Altogether it provides better control of the function of urinary system.

In order to confirm the variety of the Opuntia Flower’s activities on the urinary system, a clinical study was made by Dr. Levin at the Urological Clinic in the Soroka Hospital in Beer – Sheva, Israel.
His study included 30 men, who had suffered varying disorders in the urinary systems as an outcome of Benign Prostatic Hypertrophy. Each man was instructed to take 2 capsules of the Opuntia Flower three times for three months. Altogether a significant improvement in most of the patients was found
In another study which was undertaken at the Agricultural Research Center, dozens of men were given 1-2 capsules three times a day (each capsule containing 350mg) for three months.
Most of the men showed a substantial improvement in the urgency to urinate and the need to urinate a number of times during the night. X-rays that were taken showed a definite reduction in the size of the prosthetic gland.

If you have any questions regarding our products, comments or requests, feel free to contact us 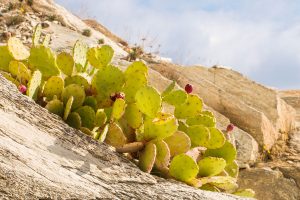 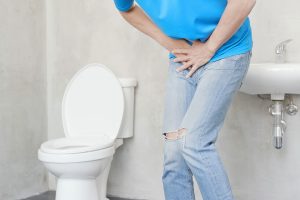 * The information on the site does not replace medical advice